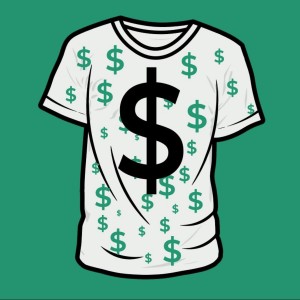 How It All Began – My Story

Alright guys, this is it – my personal life story, so far – why and how I got here.

“Turn On The Heating Or Eat?”

The story begins in 2010 maybe 2011 when I studied architecture in Stuttgart. I moved there after I didn’t passed 5 out of 7 exams in my first year. (Sooorry had to get used to this daily studying lifestyle). So I moved there without having a lot of money or parents that could support me. So I used to live in the 7th floor of an old, fucked up apartment. Wooden floor with holes in it everywhere, a bathroom on the hall, that I had to share with the neighbors. That was everything I could afford. I moved there in the beginning of the 2nd semester, it was October and it was freaking cold – it was that cold, that the water was frozen in the pipes. So I couldn’t shower. And I remember that it was that cold, that I was waking up to see my own breathing. Also I remember days when I had to make some choices, that I wouldn’t even wish my worst enemy to have: To turn on the heating or eat.

So as you can guess, that wasn’t the best times in my life – but those times made me who I am today, made me harder & made me humble. I know exactly how it feels when people are looking down to you, just because you don’t have enough money. Like this would make me a bad person or such.

So screw this sentimental stuff, but as you may know by now – I was in a heavy need for money! Luckily I used to work during my internship in an interdisciplinary architecture & design office. While lunch break, I heard somebody of the web designers talking about spreadshirt and how you can easily upload designs there and get money. Spying this conversation changed my life.

I liked designing and I knew basic stuff in photoshop, so why not give it a try? Back home I uploaded some shitty designs, stupid quotes, nothing real good – last year, I used to do a video to show my first designs – if you want to laugh about my 10 first, ugly designs ever made, you can watch it here!

“You Will Never Forget Your First Sale!”

7 days later, I already forgot about the whole thing, checked my E-mails and Ta-da! Made 1 Sale! Everybody that starts selling something online, will never forget this first sale. Didn’t even care that I actually made 4 or 5 Euros with it, the idea, that there is somebody on this planet, walking around with my design on his or her chest, was the best feeling ever!

Back then, I didn’t new much about what I was doing, how to scale or anything. I didn’t even knew I was in “E-Commerce” (Never heard the word before). All I did was just designing part time, the money increased to an amount of maybe 100 Euros a month – which was not really much – but helped with the rent and buy some beers…

For several years, I didn’t invested too much time in POD, as I did not knew about the potential. I made something around 500 – 1k per month and thought I’m a genius until I saw this guy named Christian Heidorn making 100.000 Dollars in 1 year with spreadshirt. On the shirt academy website he was giving away his free E-Book “Apparel on Autopilot” (I think it’s still available there – so go check it out) which totally changed my way of thinking about spreadshirt and POD in general. He talked about how he made 15-20 times my yearls salary on spreadshirt, the way he was thinking and explaining everything just opened my eyes and I had to get in contact with him – so I sent the guy an E-Mail

So for almost 18 months we stayed in touch via E-Mail, those conversations helped me a lot and I was able to get to 3k-4k Euros / month. I was thinking about, if there are people out there that are maybe in the same situation that I was? People that want to discuss about selling t-shirts organically and share info? I checked Facebook if there’s a german group for this. None. Everything I saw were some boring FB Ads groups full of people that talked like they are working for insurances. That was the moment I chose to create my first baby – Shirt Money Makers. That decision should change my life.

The group began to grow real quick, I spent day and night to share everything I know about the t-shirt biz, via fb messenger and telephone. Also my own t-shirt business was expanding big time, I had 4 VA’s working for me, Designers & Uploaders. During this time I already worked 2 years full time, as an architect, after finishing my bachelor’s and master’s degree. But to be honest, architecture was my dream and it still is, but working as an employee in that sector totally screwed it for me, I was stressed, had a lot of responsibility, worked a lot and get paid real shitty. I started with 1,4k Euros / a month and at the end got 1,9k / a month. After almost 8 years of studying and working. While, in my part time job, I sold cat shirts and easily made 3 times that amount.

“3 Times More Money A Month With Cat T-Shirts Than Architecture!”

In early 2017, there was a meeting between my bosses and me. I wanted to cut 20% of my work at the office (1 day a week off to organize my POD business for the week) I never thought about quitting. But they never took it serious and wanted me to even work more. After a long weekend of thinking back and forth, I decided to follow what makes me happy and quit my day job as an architect! 3 years later, I can tell everybody that is or will be in such a situation – DO IT! It was the best decision ever made!

The story isn’t over here…but I’m tired AF 🙂 I try to continue this whenever I find the time.